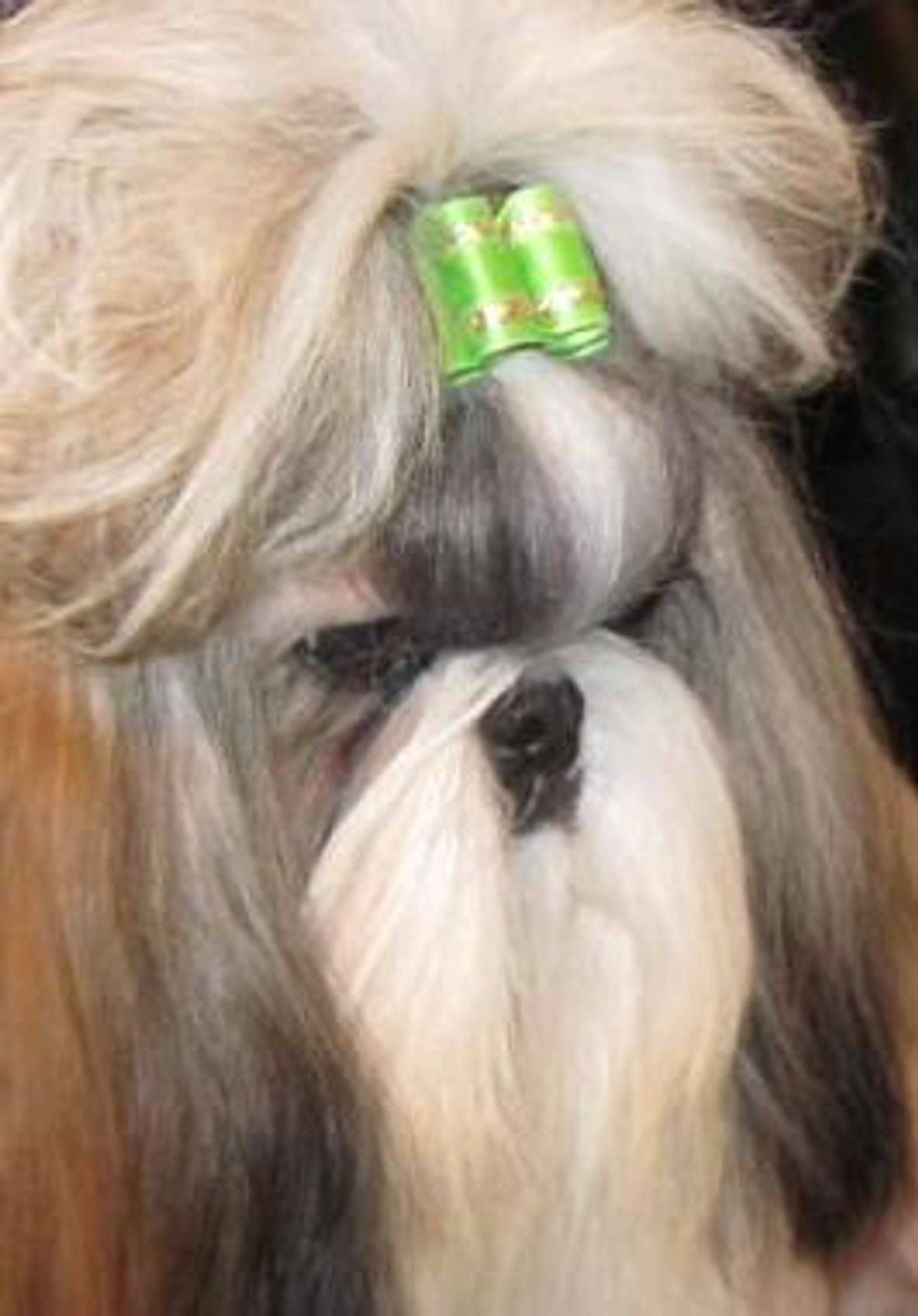 What you may need for a new puppy.

Here are a few things I think new pet owners need in order to have a easier time training and raising a puppy. Many of these things you can get at the Dollar Tree!

Shampoo- use a gentle brand with no alcohol and follow with a conditioner, I like Suave 2 in 1.

Brushes($1)- a normal human or dog brush with balled tips on the bristols works fine.

Combs($1) - use a fine tooth comb around eyes and face area.

Nail trimmers($1)- you can use the small cat ones on the puppies, works great!

Crates ($15 up)- I recommend two crates. One to travel in and to use the first few weeks at night that is smaller and around 12 inches to 15 inches. I also recommend a larger metal one to use when at work or not home for longer periods that is over 2 ft. I feel it is too long to leave a puppy in a crate for over 3 hours. If you must leave your puppy buy a baby gate and close off a small area like a laundry room or bathroom. Put the crate, food, water, and toys in the room and leave a potty pad down as back up.

Food ($33 or less)- we feed Diamond Naturals, you can find this brand at Pet Suppplies plus, Menards, Tractor Supple, Big R or buy online and have delivered to your house. AVOID CHICKEN AND BEEF in adults over the age of 1 year! This breed tends to have food allergies to these things as they age- Fish or Lamb seem to be best.

Tiny teeth deserve tiny bites packed with nutritious ingredients for optimal growth and development. Contains DHA for optimal development of your puppy's brain and eyes and Omega 6 & Omega 3 Fatty Acids to keep the skin and coat healthy and shiny.

Lamb protein and moderate levels of fat help support ideal body condition while providing the nutrients your dog needs to stay active day after day. Guaranteed levels of vitamin E and selenium ensure that your dog receives optimum antioxidant nutrition, while omega-6 and omega-3 fatty acids from super foods help maintain healthy skin and a shiny coat. For dogs that may have sensitivities to other protein sources, lamb is a tasty alternative.

Treats-   treats that has no grain or meats other than lamb/fish are preferred but any treat in very small amounts should be ok.

Water($3)- we use a rabbit water bottle and you can get them at walmart. Keeps face clean and dry! I also recommend bottled water if you have poor water at home.

Leash/harness($1 up)-you will need a leash and harness for your puppy. Collars are cute and need to be worn for ID reasons but not a great way to walk a puppy with a tiny neck. Some people who do not have a fenced in yard find X pens to be the best way to keep a puppy from running off. You can buy a pen at walmart and set it up right out side your door. Puppies will go potty but do not get as distracted by playing in a large area. Also keeps fecals in one area and not all over the yard!

Pet safe toy ($1 up)- toys are a great way to release energy and entertain your new puppy. Edible chews toys are to be used with CAUTION. Puppies can get too big of peices and get a stomach/intestinal blockage.

A few other tips

Introducing your puppy to family pets-

Introduce your puppy in a neutral area. This means not in the house and not in the area your dogs go potty in. Give them 10-20 minutes to get use to one another before moving to the house.

Every dog is different just like people so what works for one may not work for another. All our puppies are free fed dry food only by the time they go home. This means food is always out. If this does not work for your family then make sure they are fed several times a day with the appropriate amount listed on the back of your dog food bag. With the imperial and tinie puppies YOU MUST let them have food at all times, even at night, until they are over 3 lb or risk the chance of low blood sugar. You may also need to add a very small amount of canned puppy food to the dry food first thing in the morning and right before bed time to increase the amount of food they eat to help them maintain their blood sugar.

This why our pups are NEVER allowed to leave until they are 2 lb no matter what their age may be.
Hypoglycemia is a frequent problem in young puppies, especially the toy and smaller breeds. These animals may seem weak, uncoordinated, and even have seizures. Some adult dogs also have problems with hypoglycemia, especially during periods of increased or prolonged activity.
Low Blood Sugar (Hypoglycemia) and Toy Dogs

Because Toy Breeds have such a small fat reserve around their liver, they are prone to low blood sugar. Although this can occur at any time, it's especially important to watch your new puppy due to his small size.

Treatment: Although you should always consult your veterinarian for the proper treatment of your particular puppy, you can keep some sugar handy (e.g. Nutri-Cal, Nutri-Stat, Vitacal, Karo Syrup, honey, sugar water or any high calorie food supplement for dogs) to boost your little friend's blood sugar level when it starts dropping. You MUST treat this problem immediately or your pup can go into shock. To avoid this problem, do not over-play with extra tiny pups and always make sure your dog eats well and gets a good drink of water before taking them out.